With TungMeister, significant reduction in tool changeover time is achieved through the ability to replace used heads instead of an entire tool. The series now introduces the VEH style changeable heads, which features variable pitch, variable flute helix angle configurations. 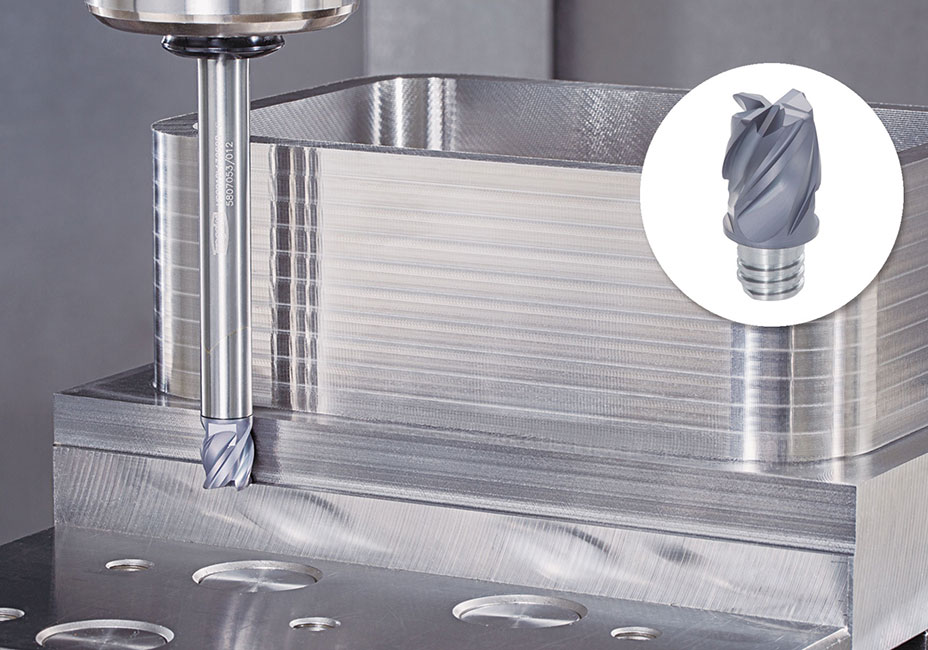